Regardless of the nature of business, whether it’s a brick-and-mortar business or an online business, today more marketers are concentrating more on WhatsApp and other messenger apps to promote their services/products online. WhatsApp Broadcast is the trending feature which is used by almost all business owners as it allows you to create, save and message a list of contacts instantaneously. In this article, we are going to discuss the ways of How to Send a Broadcast Message on WhatsApp.

In the late of 2013, WhatsApp launched its new feature named “Broadcast List”. This feature allows you to create, save and message a list of contacts instantaneously. Recipients receive your broadcast message like a regular message – directly in the individual chat. Recipients also do not know who else received the message and do not know that it. WhatsApp Broadcast Feature works just like the bcc (blind carbon copy) function in an email.” Broadcast lists are currently limited to 250 contacts each (however users can create any number of lists).

In order to receive your broadcast message, the users must have your phone number saved in their address books and sent at least one message to you.

Other Prevalent Uses Include:

How to Send a Broadcast Message on WhatsApp

WhatsApp Broadcast Messages are a great way for sharing information to a large group of colleagues of important business news or announcing that you are moving to a select group of friends that will reply with their availability. Or perhaps you are advertising your new services to existing clients, which would be rather awkward in a group conversation. So instead of copying and pasting the same text over and over, you can write it once and send it to a predefined “Broadcast List”.

Open your WhatsApp application on your smartphone and then tap the “Chats” tab and go to broadcast lists in the top left corner of the screen. Tap the option “New List” to create a new broadcast list.

Now, click on “Add New Contacts” to the list by either typing the first couple of letters of their name, or tap the plus sign and select them from your WhatsApp contact list. Finally, tap “Create” and you are done. WhatsApp will take you to a regular chat screen that lists the names of the involved contacts at the top. Send a Broadcast Message to try out your newly created list.

How to View, Edit and Delete WhatsApp Broadcast Lists

Open up the “WhatsApp” application on your iPhone. Tap the “Chats” tab and go to “Broadcast Lists”. This screen lists all of your currently active Broadcast Lists. To delete a list, simply swipe its name to the left. This will open up the context menu and you can then confirm the deletion of your Broadcast List.

To edit an existing Broadcast List, tap the blue “i” symbol next to it. You can then add a name to your list or add and remove recipients. Tap the “Edit list…” button to edit the membership status of contacts on your list.

WhatsApp Group is just like a joint family, i.e. all the conversation including the messages sent and received remains at the same place. WhatsApp Group acts a small chit-chat room. But when it comes to Broadcast, you can send a message for all your contacts at once. They will receive this message just like the direct private message and the response they send you will also remain to be private.

Once you create a group and you start adding group members from your contact list, they will get a notification regarding this. When you add people to a broadcast list, they won’t be notified about it ever.

Recently, WhatsApp introduced a new feature that makes it kind of similar to the broadcast lists. The new feature lets the admin restrict the replies in a group, meaning only the admin can send messages in a group and no one else. Other members won’t get the reply box.

We all know that the head of the WhatsApp group is called as admin. They are responsible to add or remove people from the group and restrict them from doing other things. While in groups, you can have multiple admins, there is no proper admin in the broadcast lists.

The only limitation of WhatsApp groups is that it doesn’t hide other numbers. All the members are able to view each other’s’ numbers, which is okay if you know one another but there are some groups where members are strangers. So there goes your privacy. However, in the broadcast lists, the recipients aren’t aware of the other members in the list. It’s like BCC of the email that takes care of your privacy.

Deleting or exiting group is not possible when it comes to WhatsApp Broadcast! In case of the groups, if you are an admin you can delete the group but other members cannot delete the group. However, yes, they can exit the group anytime. When a member exits the group, a message appears that the person has left the group.

In the event that answers or gathering suggestions don’t hold much significance, you can run with the broadcast lists. Further, privacy is kept up in the broadcast list. It is valuable when you need to broadcast memos and comparative other messages.

How to Take Advantage of WhatsApp Broadcast Lists

WhatsApp Broadcast Lists have the potential to become a powerful marketing and communication tool. That tool could be utilized by a wide variety of people and institutions.

Are Broadcast Lists the Future of WhatsApp?

As anyone might expect, numerous individuals will think about whether Broadcast Lists are the eventual future of WhatsApp. After every single such rundown could be the impetus that changes WhatsApp from a straightforward informing arrangement.

Since WhatsApp has around 900 million users around the globe, the gathering of people that Broadcast Lists might one be able to day reach could be tremendous. A sensible expansion of this application is made Broadcast Lists capable for achieving thousands, several thousand, many thousands, or a large number of individuals without a moment’s delay.

Normally, sponsors and media makers, for example, daily papers or artists would need to use such a solution, despite the fact that it would likewise struggle with the unbelievable abhorrence for promoting appeared by WhatsApp Creator Jan Koum, who presently serves as the organization’s CEO.

Broadcast Lists Could Be the Future of Marketing

One in number possibility is that Facebook, which presently claims WhatsApp, will empower a type of across the board Broadcast List arrangement after the arrangement contacts a wide crowd. Facebook CEO Mark Zuckerberg has talked about focusing on WhatsApp’s development now and adapting to it later. One needs to envision that WhatsApp Broadcast Lists will be a piece of that arrangement.

That may mean he as of now has an expansive scale WhatsApp Broadcast List includes in progress. The littler records presently accessible could be a beta test for a larger application. 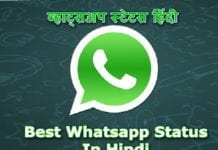 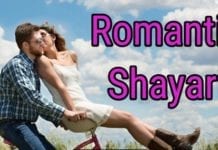