WhatsApp is a cross-platform messaging app that allows users to communicate over Internet data or Wi-Fi without having to pay for SMS. WhatsApp allows users to send WhatsApp Broadcast Message, which is a mass message to many people that only allows them to reply individually to you and does not let recipients see each other. It is ideal for personal announcements, invitations to celebrations, and such similar messages.

To begin with, WhatsApp broadcast means to transmit a message to multiple contacts. So, to send a broadcast, a broadcast list is created that allows you to send a text to many people at a go. Suppose you are a business owner who regularly wants to promote their products or an individual who wants to send a festival greeting to multiple contacts or an HR who regularly needs to inform the employees about the developments in the office, for this you don’t need to send an individual message to everybody nor do you need to create a group. This is where broadcast lists come into the action.

In the interest of the sender, it’s quite helpful for them as it saves a lot of time since the sender doesn’t have to message the contacts individually. As a boon to the receivers, their privacy is maintained with the broadcast lists, since the WhatsApp number is only known to the sender of the broadcast, and not to the entire broadcast list unlike WhatsApp groups, where every member can see the number.

You might be wondering, “Groups do the same thing except for the privacy part, why not create a group?” That’s because there is a lot of difference between the two.

One to Many vs. Many to Many Conversations

With a group, a reply by any member goes to the group conversation and can be seen by everyone in the group. With the broadcast, when the receiver replies, the reply is only sent to the sender. So, basically, replies in WhatsApp group are many to many while in a Broadcast it is one to one i.e. replies to broadcasts happen privately between the sender and the recipient.

Recipients Should Have Saved Your Number on their Phone

But with the broadcasts, it is necessary for the receiver to have the sender’s number in their address book; otherwise, broadcast messages won’t get delivered.

Also, as mentioned before, broadcast lists will not reveal the personal information of members since messages arrive privately to the recipient. Moreover, even the replies happen privately between the two.

Before sending a broadcast message, you have to create a broadcast list. Here is how to do it:

How to Send a WhatsApp Broadcast Message

After you have created a broadcast list (which you can further edit, more on that below), now to send the broadcast message, open the newly created broadcast thread and enter your message there. You get all the features that you get in an individual chat or a group like Emojis, media share, location sharing etc.

Once you tap the send button, the message will be delivered to the recipients as an individual message from you.

By default, WhatsApp keeps the number of recipients as the name of the list. This is okay if you have just one list but if you have multiple broadcast lists or don’t like the default name, you can rename it.

How to Add or Remove People from the WhatsApp Broadcast List

Hence, to leave a broadcast list you either need to ask the sender to stop sending you the broadcast messages or you have to take the ultimate step of either blocking them or removing them from your address book.

Why Don’t Some Recipients Receive The WhatsApp Broadcast Message?

Below mentioned are few of the reasons that clearly states why some recipients don’t receive the WhatsApp Broadcast Message.

In certain cases, the message won’t be delivered due to the incorrect WhatsApp Number Format. The number of the contact you are trying to message on WhatsApp has not been entered correctly on your phone.

Learn the correct format of each phone number, read below:

For International Numbers: When adding a contact’s international WhatsApp number, make sure to save it in your phone address book, start with a plus sign (+). Then, write the country code, followed by the full phone number.

For Local Numbers: Enter the phone number as if you were calling on the phone.

As said above, only contacts who have saved your WhatsApp number on their mobile phone will receive your broadcast message. If recipients are not getting your broadcast messages, check to make sure they have added your number to their address book. In group chat, there is no need for saving the contact.

Few of the Other Factors Include:

How to Know If Someone Read Your WhatsApp Broadcast Message

For any message that you send, you’ll be able to see a Message info screen, displaying the details of when your message was delivered, read or played by the recipient. To see the Message info screen: Open a chat with a contact or group. Tap and hold your sent message.

If it’s green, it’s an ordinary text message and doesn’t offer the read/delivered receipts. iMessage only works when you’re sending messages to other iPhone users. Even then, you’ll only see that they’ve read your message if they’ve turned on the ‘Send Read Receipts’ option in Settings > Messages. 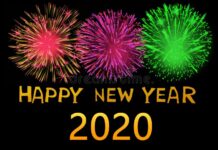 Jokes for WhatsApp in English and Hindi with Images

Are There Any Limitations In A WhatsApp Broadcasting List?