Surfing online to find out the best collection of Fake Friends and Fake People? Whether it’s through work, school or just neighborhood, friendships are bound to grow.  But unfortunately, we all have to deal with fake friends or so-called friends at some point in our lives. Not only friendship with a fake friend is weird, but also be associated with a fake friend often results in being bullied. So, if you find yourself in this situation, share this collection of Fake Friends Quotes and Fake People Quotes via WhatsApp, Facebook, Insta or any other social media profiles to express your thoughts!

Fake friends: once they stop talking to you, they start talking about you.

An honest enemy is better than a best friend who lies. You always know after shitty things happened, who your friends really were.

Better an honest enemy than a false friend.

A friend is someone who gives you total freedom to be yourself.

An open enemy is better than a false friend.

We fear our enemy but the bigger and real fear is that of a fake friend who is sweetest to your face and most vile behind your back.

Always sleep with one eye open. Never take anything for granted. Your best friends might just be your enemies.

You got nothing to lose. You don’t lose when you lose fake friends.

Better to have an enemy who slaps you in the face than a friend who stabs you in the back.

No person is your friend who demands your silence, or denies your right to grow.

One fake friend can do more harm than 10 enemies… Be smart choosing your friends.

I didn’t lose a friend; I just realized I never had one.

The saddest thing about betrayal is that it never comes from your enemies.

I’m so tired of: fake friends, drama, liars, being ignored, getting hurt.

When you see the genuine, you don’t deal with the fakes anymore.

Every coin has two sides, just like most people have two faces.

Some of the most poisonous people come disguised as friends and family.

I love straight forward people. The lack of drama makes life so much easier.

For more updates on Quotes, Sayings and Wishes, tuned and connected with BulkQ! 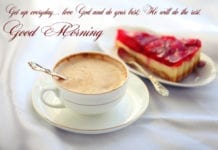