WhatsApp, the most popularly used messaging app offers several advanced options when it comes to messaging other users. You can write messages to individual contacts, use group chat, or broadcasts. The difference between the latter two, i.e. group chat and broadcast may not be clear immediately. In this article, we will discuss WhatsApp Broadcast Message in detail.

Not many people know about this feature, but WhatsApp allows you to forward a message to multiple contacts quickly. By doing so, you can save a lot of time on several occasions. For example, during Christmastime, you may create a greeting message and send it to anyone. It can also be helpful if you have to give the same information to several people. To send the same message to multiple contacts on WhatsApp use the Broadcast function.

Why Use Broadcast Messages than Group?

The answer is simple: if you create a broadcast list, no one will know that the message has been sent to others. A broadcast list is helpful when you don’t want to let the recipients know that you have forwarded the same sent message to others. It’s like the “bcc” function (blind carbon copy) in emails.

How To Send A Message To Multiple Contacts At Once On iPhone And Android?

You can think of group chat and broadcasts as equivalents to CC and BCC in emails. If you select to chat with a group of contacts, all messages are shared with all group members including the full list of participants of the chat.

This is like the CC field in an email where everyone else sees the email address of all other users who were added here by the original sender.

A broadcast, on the other hand, is like BCC, meaning that contact information is not shared. While you will still send the same message to everyone on the list, each individual list member does not see if someone else got the same message as well.

BCC in emails takes care of that so that the email address of each recipient of the email is not shared in each individual email.

A core difference between WhatsApp’s capabilities and email is that you have to select one or the other but cannot mix the two.

When you send an email, you can use both CC and BCC in the same message, but you cannot do group chat and broadcasts at the same time in WhatsApp.

How To Send Broadcasts In WhatsApp

How to Add and Remove Recipients from WhatsApp Broadcast Group

Recipients can be added or removed from that list easily. To do so, go back to the chat listing on the start page of the app.

Read More: How to Use WhatsApp for Marketing

What’s the Use of WhatsApp Broadcast feature?

This is also useful if you want individual/private replies from your recipients for particular broadcasted messages. For example, you can broadcast your wedding news and receive congratulatory wishes privately from your contacts. You can broadcast a question to several contacts and receive opinions/answers privately. Several such use cases are there, but use groups if you don’t want your broadcast messages to spark private one-to-one conversation.

How to Know If Someone Read Your WhatsApp Broadcast Message

For any message that you send, you’ll be able to see a Message info screen, displaying the details of when your message was delivered, read or played by the recipient. To see the Message info screen: Open a chat with a contact or group. Tap and hold your sent message.

If it’s green, it’s an ordinary text message and doesn’t offer the read/delivered receipts. iMessage only works when you’re sending messages to other iPhone users. Even then, you’ll only see that they’ve read your message if they’ve turned on the ‘Send Read Receipts’ option in Settings > Messages.

Check marks will appear next to each message you send. Here’s what each one indicates:

For any message that you send, you’ll be able to see a Message info screen, displaying the details of when your message was delivered, read or played by the recipient.

To see the Message info screen:

Note: When a participant leaves a group, the Message info screen will still show the original information with all participants, including the participant who left the group.

If you don’t see two blue check marks next to your sent message, there could be several reasons:

Note: This won’t disable the read receipts for group chats or play receipts for voice messages. There’s no way to turn these settings off.

How to Take Advantage of WhatsApp Broadcast Lists

WhatsApp Broadcast Lists have the potential to become a powerful marketing and communication tool. That tool could be utilized by a wide variety of people and institutions.

Some of those who could take advantage of WhatsApp Broadcast Lists include the following:

Basically, anybody that needs to reach a group of people with communications can take advantage of Broadcast Lists through WhatsApp. Since most people carry and use smartphones these days, such a list could be a cheap and convenient means of reaching members of the group.

For example, the coach could notify team members if the practice has been canceled. A delivery person could use a broadcast list to notify customers when their package will arrive. The driver of a carpool could use WhatsApp to let riders know what time he will reach them.

Are Broadcast Lists the Future of WhatsApp?

Not surprisingly, many people will be wondering if Broadcast Lists are the future of WhatsApp. After all, such lists could be the catalyst that transforms WhatsApp from a simple messaging solution.

Broadcast Lists Could Be the Future of Marketing

One strong possibility is that Facebook, which now owns WhatsApp, will enable some sort of widespread Broadcast List solution after the solution reaches a wide audience. Facebook CEO Mark Zuckerberg has spoken about concentrating on WhatsApp’s growth now and monetizing it later. One has to imagine that WhatsApp Broadcast Lists will be part of that plan.

That might mean he already has a large-scale WhatsApp Broadcast List feature in the works. The smaller lists currently available could be a beta test for a larger application. 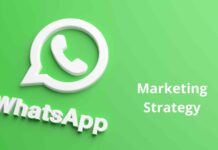 How to Build a Strong Whatsapp Marketing Strategy? 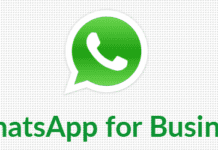 WhatsApp Business App – Everything You Need to Know!

Why Are Some Recipients Not Receiving My Whatsapp Broadcast Message?

How to Create a WhatsApp Group Invite Link

How To Use WhatsApp Business For Better Customer Service Delivery